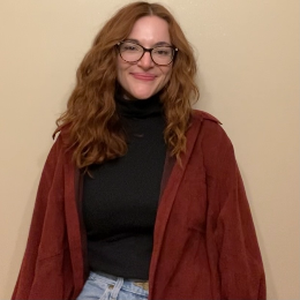 Hi there, I'm a writer with a niche interest in all things related to music, creativity and interpersonal relationships.

Read my latest published pieces below: 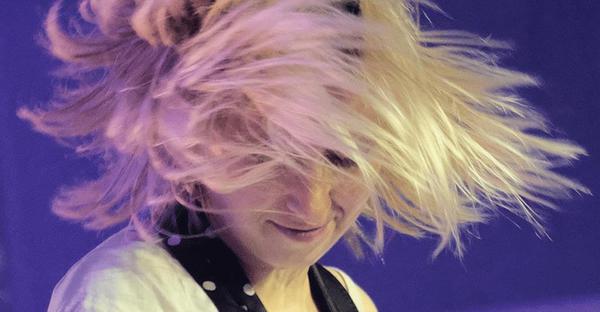 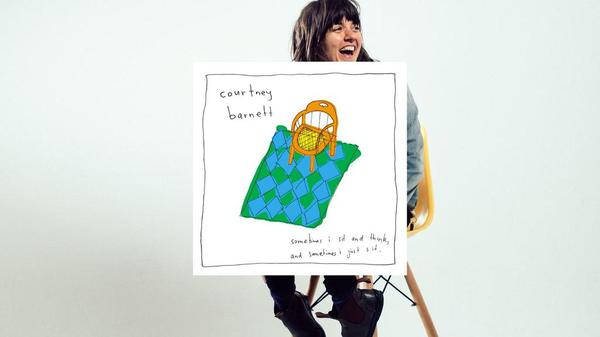 Sometimes I Sit and Think, and Sometimes I Just Sit cements the somewhat comforting reality that we’re all just human beings trucking through life, and that none of us truly know what the fuck we’re actually doing here. 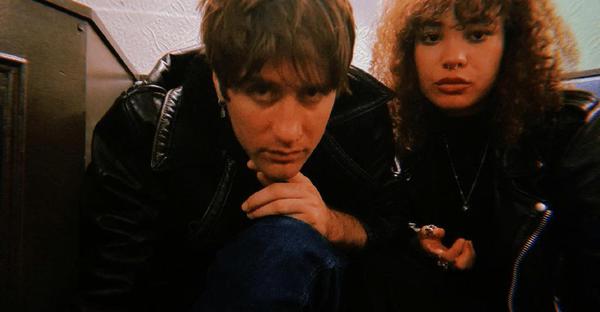 Desire paths, as described by nature author Robert McFarlane are “paths and tracks made over time by the wishes and feet of walkers, especially those paths that run contrary to design or planning. Free-will ways.” This quasi-definition makes Desire Paths, the debut EP from London-based post-punk revival duo, Human Interest, seem aptly named. Released in March, Desire Paths “is the most honest portrait of where we are right now, and hopefully a little promise of all that’s yet to come,” says Huma 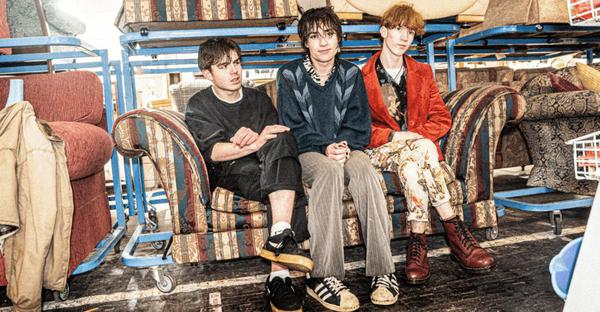 Vacant Weekend - 'All Over' / New Single 

With the slap of a bass that reels you in within mere seconds, Vacant Weekend’s debut single, ‘All Over‘ is as sweet as the candy in your grandma’s purse and as spicy as a hot pickle from the corner store. Funk-infused “All Over” is a feel-good track with pulsing, tight drum beats that playfully interact with amusing and varied guitar riffs spread throughout. Vacant Weekend cracks the code to the coveted pop song recipe, unlocking vigorous head-nodding and semi-permanent “bass face.” Consisting 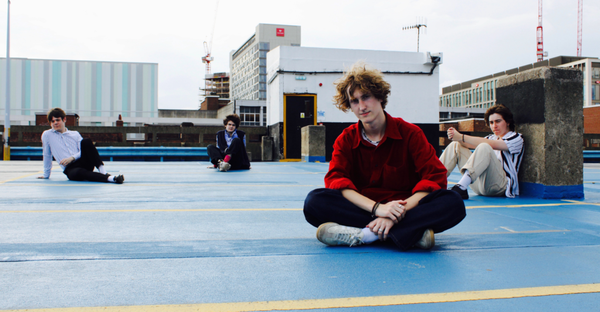 LUNARCA - 'Living As Me' / New Single

“One of my mates had heard Elliot was wanting to start a band and told him there’s this lad in their class called Connor who’s a singer,” Sheffield indie band, LUNARCA’s frontman Connor Berry shared with me, in regards to the band’s inception. “10 minutes later this guy in a parka with a Paul Weller haircut burst into the room and just said ‘I’ve heard you’re a singer’ and it virtually went from there.” Described by their quickly blooming fanbase as the “Sheffield Beatles,” LUNARCA has just rel 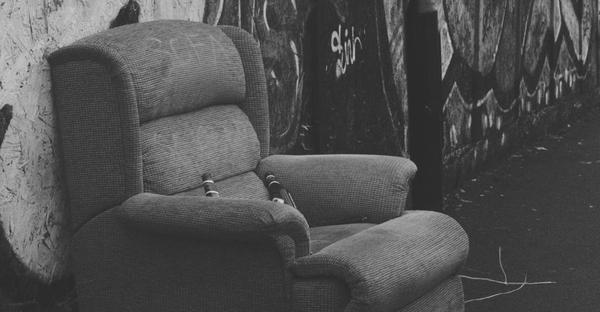 With a healthy injection of the sweet, sweet nectar of the gods that is early-00s alt-rock, indie band, CRUZ. released their debut single, “Life of Misery” in mid-June. Initially formed from a bond between frontman Sam Thatcher and lead guitarist Tom Cox while at university, the addition of drummer Simon Haynes and bassist Jamie Scholes make CRUZ., a four-piece indie band hailing from Sheffield, South Yorkshire. If “Life of Misery” is any indicator of the band’s capabilities, CRUZ. has all the m 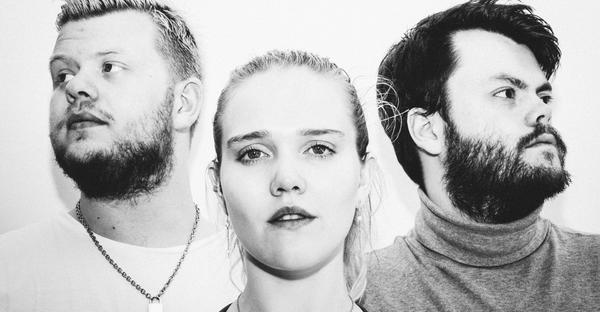 Tragically Unknown - In Between / New Single

Icelandic indie rock band, Tragically Unknown, released their second single, “In Between” in June. The band, consisting of vocalist Helena Hafsteinsdóttir, guitarist Oddur Mar and bassist Thorgnyr Albertsson, hails from the city of Reykjavik. After garnering local praise and radio play of the band’s first single, “Villain Origin Story,” the trio set out to record a full-fledged debut album, set to be released later this year. “We’re a group of friends,” Albertsson shared of the band’s origin. “ 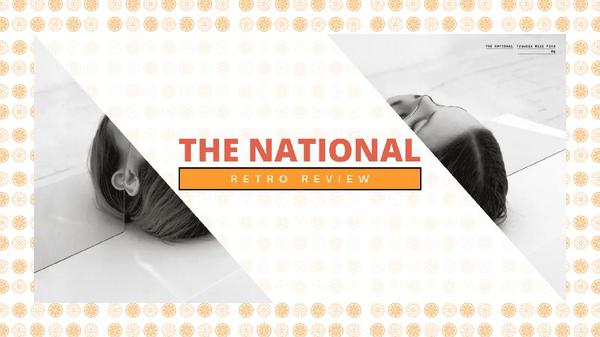 The National - Trouble Will Find Me / Retro Review

Longing and loneliness are ever-present on Trouble Will Find Me, so much that one might risk ripping open wounds that healed improperly by listening. The catharsis of the album’s confrontation with loss and death, and the interweaving of the beauty and suffering we experience beforehand, remains almost ten years after its release. 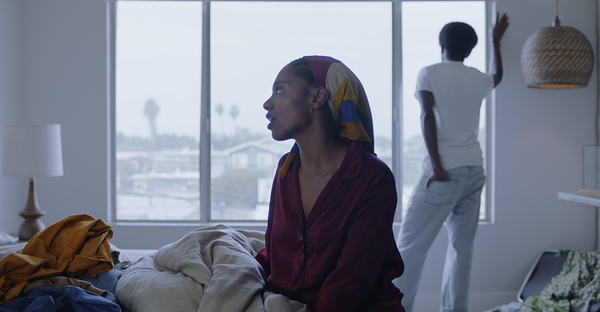 Mereba - The Jungle Is The Only Way Out / Retro Review

One aspect of Mereba’s abundant creative aptitude is her gift of the gab. A true wordsmith, Mereba has the sharp-witted, imaginative ability to twist and contort locution in a way that may seem effortless, but is only acquired through dedicated practice and deep thought. Graceful articulation seems both learned and inherited for the neo-folk/soul songwriter. With Stevie Wonder as a mentor and a bevy of creative collaborators surrounding her, including– but not limited to– the Spillage Village co 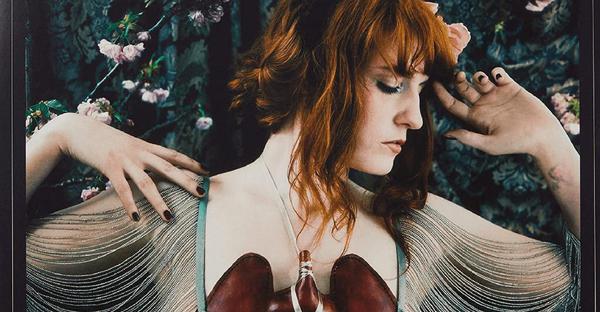 Upon revisiting Florence + The Machine’s debut album, Lungs, I was transported back in time. At the time of the album’s release, I was 16 years old, an age one might call prime for angst. With stories of make-believe already floating around in my head as I sat alone, dramatically fantasizing about love and loss in my childhood bedroom, listening to Lungs felt like I was receiving transmuted energy. I remember being astounded by this album, and being entranced by Welch’s siren-esque voice croonin 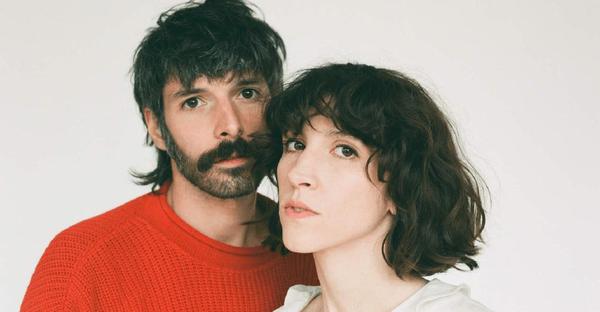 Constructing a body of work described as “cosmic country,” Brooklyn-based indie band, Widowspeak, released their sixth album, The Jacket with the intention of telling a story. Initially fictitious, Widowspeak sought to tell the tale of a non-existent band’s illustrious rise and its inevitable fall, brought on by battles of the ego and of the heart. As more and more of Widowspeak’s own primary players– Molly Hamilton and Robert Earl Thomas– began to seep into the album, the project evolved and co 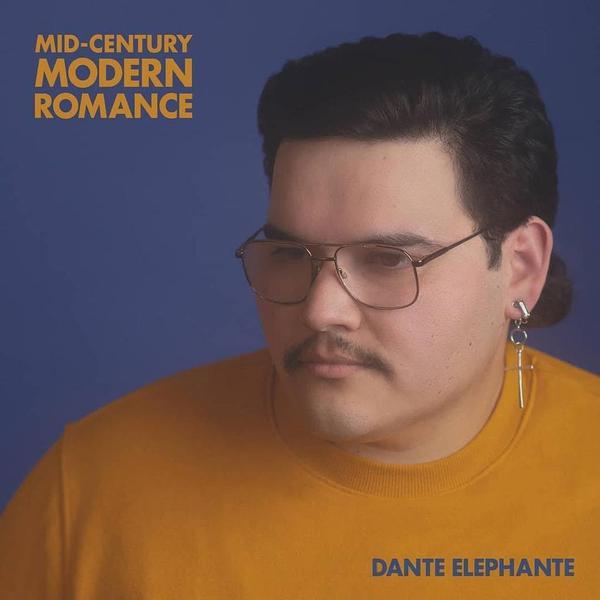 Although life’s one true constant is change, that change appears to approach in a recurrent pattern. What goes around comes around, and goes around again. The resurgence of disco, for example, is among us: roller skates, bell bottoms, and handlebar mustaches have been recycled, yet again, into popularity in the 2020s. A byproduct of this cultural resurgence is Dante Elephante’s EP, Mid-Century Modern Romance. Dante Elephante’s 2015 garage rock debut, Anglo-Saxon Summer varies greatly from Mid-C 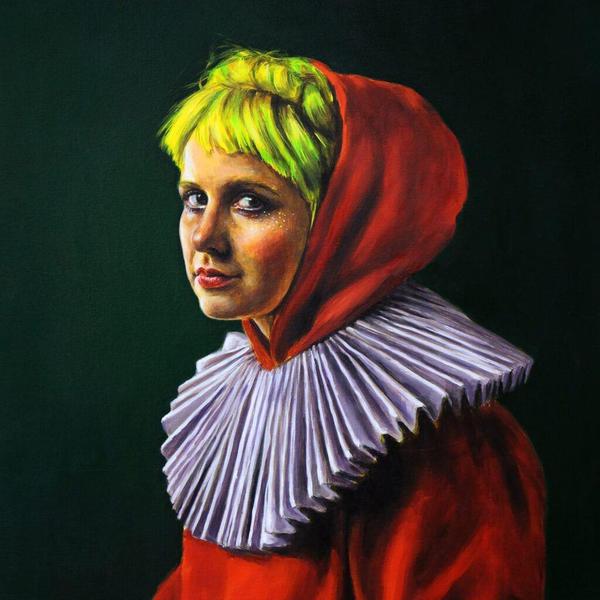 “I wrote ‘Umami’ shortly after revisiting Hemingway’s ‘The Old Man and the Sea,'” 32-year-old Klô Pelgag shared in a press release. The track is the third single from the Quebec artist’s Notre-Dame-des-Sept-Douleurs. “Umami” alludes to the somber necessity of isolation during periods of reflection, as translated in the second verse: “I spent winter in my bed / They told me, ‘You’ve been dreaming for a year and a half’/ ‘No,’ I said, ‘I was thinking’ and you laughed.” “I felt like I was this old 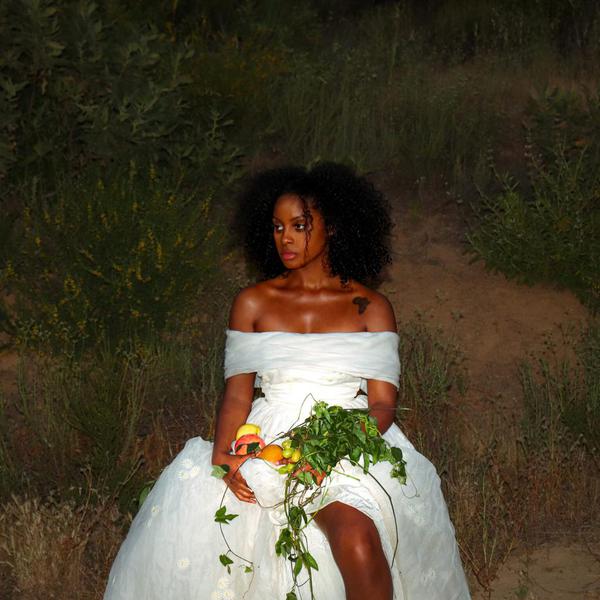 Although Hues was released in December of 2020, it was a project I recently revisited with fresh ears. Subsequently, I felt called to write about it. I felt “called,” in part, as an act of defiance against the collective obsession with “newness,” and partly out of sheer guilt and shame for not having written about it in the first place. Hues’s music is similar to that of Solange– amorphous by genre and nature, and equally captivating. Though not technically an album but rather an assemblage of 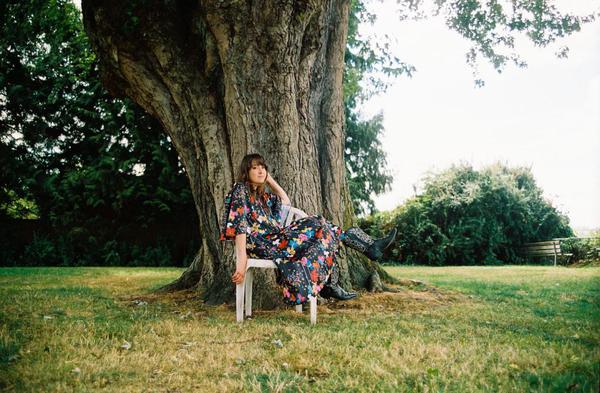 An album that feels like an unchaperoned walk through dark and empty streets on a holiday back home– Lonesome Reunion is Cassidy Waring’s tormented debut. Picture: families cozied up in warm houses, with bellies full and throats sore from a healthy balance of laughter and bickering as you carry on with your solitary stroll. Canadian folk singer-songwriter, Cassidy Waring‘s Lonesome Reunion is comparable to holding a snow globe. 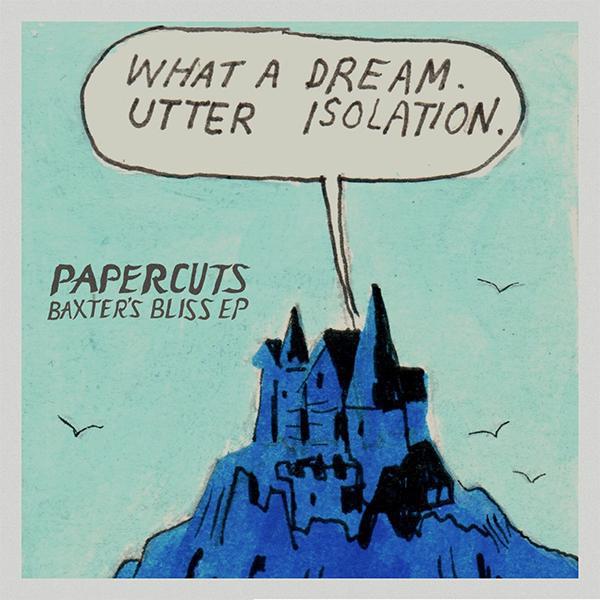 After taking a brief hiatus to focus on production with bands like Beach House and Sugar Candy Mountain, Jason Quever has returned as Papercuts to present Baxter’s Bliss. The digital-only EP seems to serve as a small appetizer for the band’s upcoming full-length, Past Life Regression. The EP is the first we’ve heard from Papercuts since the artist’s 2018 album, Parallel Universe Blues. The fruition of Quever’s talent for arrangement and writing is heard throughout Baxter’s Bliss. The first trac 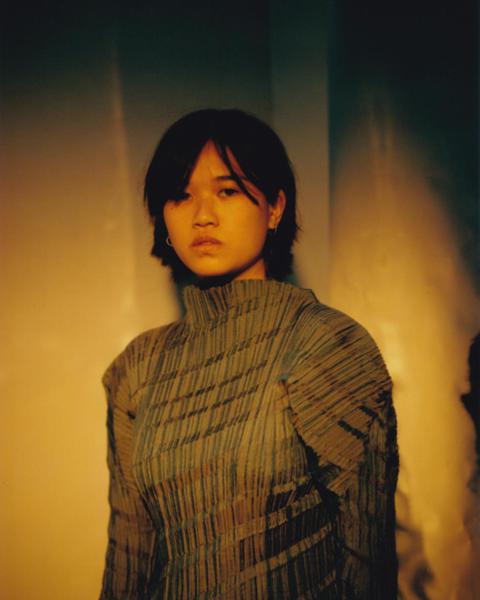 What goes up, must come down– as with summer loving comes autumn heartbreak. Luckily, bedroom-pop artist, Hana Vu has provided us with the perfect bed to cry on with her latest single, “Keeper.” Encompassed by a haze of synths, “Keeper” emphasizes that we all have a choice; how we choose to view situations can differ greatly from how those situations may actually be. From wearing rose-colored glasses (“Are you a dreamer? / Oh, I dream in gold / Are you my keeper?”) to adopting a villainous narra 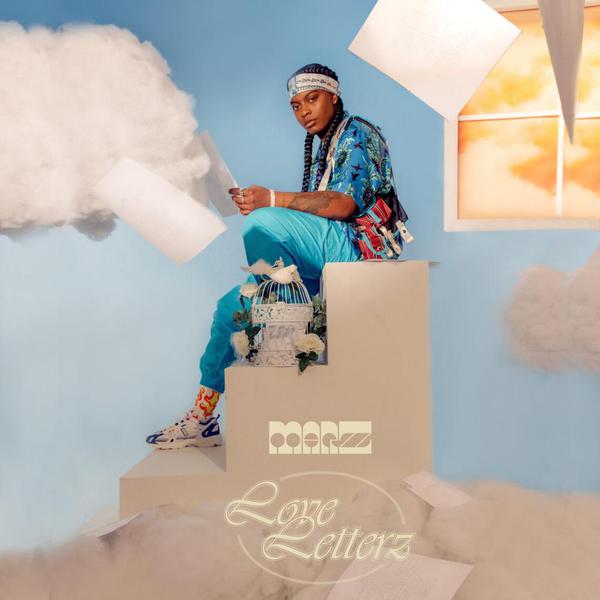 In astrology, Mars is the god of war; the planet of energy, action and desire. When we think of Mars, the first phrase that should come to mind is “do it.” A testament to the unwavering energy of the planet, Louisville R&B freshman, Marzz released her debut EP Love Letterz with Keep Cool/RCA Records last month. Written in the artist’s bevy of color-coded notebooks she keeps in her backpack to help process her synesthesia, the project is a collection of diary entries in the form of song. “I’ve c 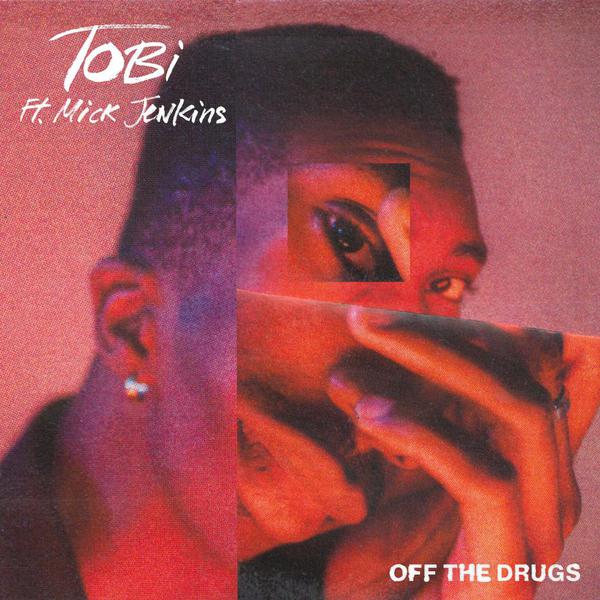 Today’s song is one with some of my favorite elements: horns and Mick Jenkins. The third single from TOBi this year is one that’s been in constant rotation since its release last week. When I say “constant rotation,” I mean exactly that. Forwards and backwards, up and down, side to side, this song was run into the ground and dug back up just to be run into the ground again. Based off of title alone, you may assume this single is in favor of sobriety, but on the contrary, this song is one that i 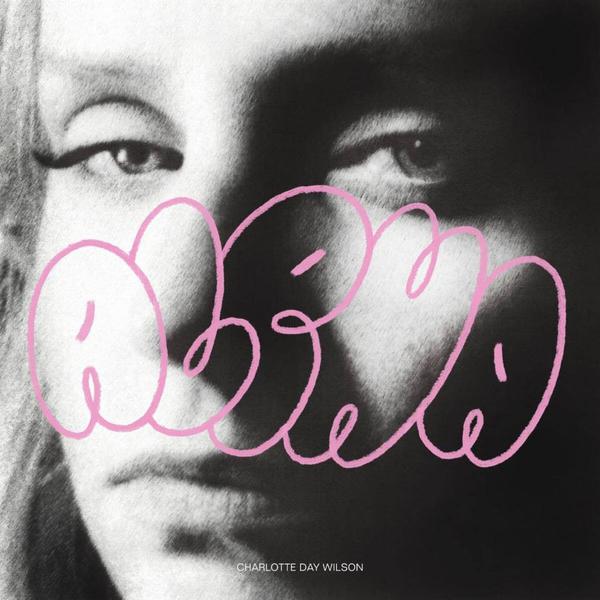 Sad Girl Summer is in full swing, and once again, Charlotte Day Wilson has provided a most fitting soundtrack. The R&B singer and producer released Alpha, her debut full-length album on July 9th. Clocking in at 33 minutes with 11 tracks, Alpha showcases not only the artist’s silky voice and solemn songwriting ability, but her undeniable brilliance as a producer. CDW has a knack for accurately emulating otherwise difficult-to-process emotions through the layered production that she executes. Pr
Load More Articles
Close ✕